The name of the village Güzelyurt means "nice homeland" and is the historic Greek town Gelveri (or Karvali). In the village you can find traditional Greek stone houses, underground cities and several cave churches. Even the big mosque in the valley is a Greek church from the 19th century. Although in 1924 all Greeks had to leave the village, today one maintains a friendly contact to their descendants.

Outside of Güzelyurt there is the Yueksek Kilise (Analipheos) on the top of a rock. From here you have a great view at the village and into the area around. In the background you can see the Mount Hasan (3260m), which is one of the volcanoes responsible for the tuffstone, that had covered the area.

A substantial part of the historic site lies in a valley. If you follow one of the old cobbled paths down, you could feel like you're going back in time - if there weren't the power and telephone cables.

On the slope of the southern side of the valley lies Sivisli Kilise (Hagios Anargyros), carved 1887 into the tufa. Especially the frescoes in the dome still have their original luminosity. 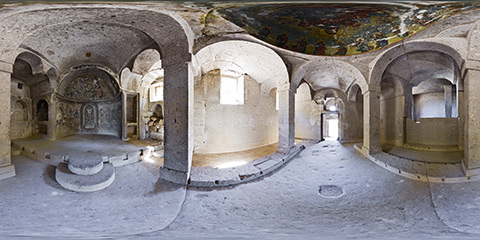 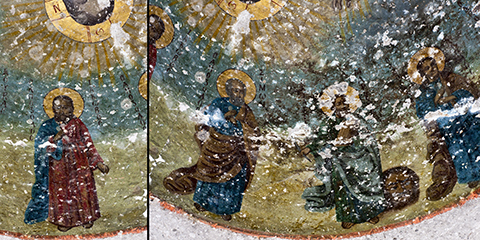 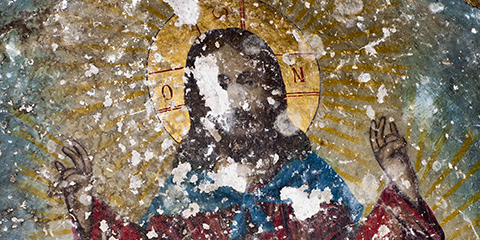 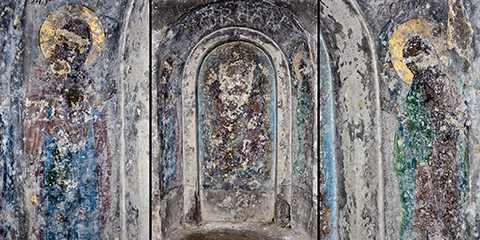 From the Sivisli Kilise you can reach the top of the hill by climbing a staircase carved into the rock. Here you can see not only the cave church with the neighbouring complex of a cave monastery, but also the north side of the valley. In the background one can see the two volcanoes Melendiz Dağ (2898m, left) and Hasan Dağ (3268m, right). At the end of the valley one sees a reservoir and to the right of it, on a rocky ridge, the Yüksek Kilise.

The great mosque in the valley is the Greek church dedicated to Saint Gregory, built in 1886. After the Christians had to leave the country in 1924, it was converted into a mosque.
A footpath leads you back down into the valley. 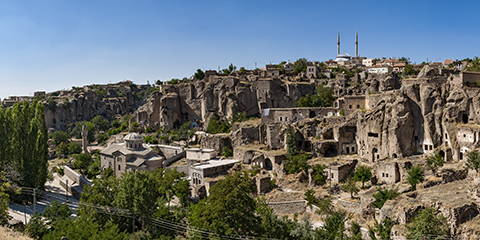 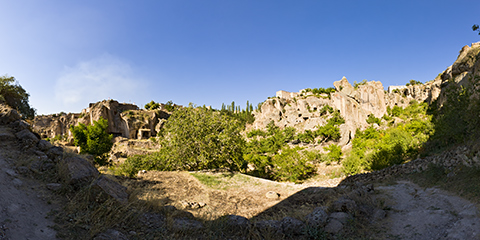 Cow dung formed into flat cakes is dried in the sun to burn it in winter.

At the edge of the village you reach Manastır Vadisi (=Monastery Valley) with some cave churches.

Evening view of the western end of the valley and the new district.

The Kızıl Kilise (= Red Church) had been built in the 6th century. It is the best preserved early Byzantine church in Cappadocia which had not been carved into the tuff rocks. It has its modern name from the red stone it is made of. The Kızıl Kilise is very close to the villige Sivrihisar. Sivrihisar is possibly the Byzantine village Arianzos, the birthplace of Gregor of Nazianz. In the 4th century Gregor was one of the most important theologians in the Byzantine empire and after his death probably buried in the area around the church. Later his bones were brought to Konstantinopel, then stolen by the crusaders in 1204 and returned in 2004. 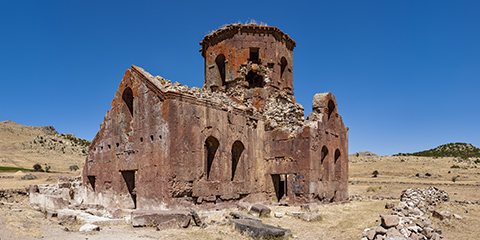 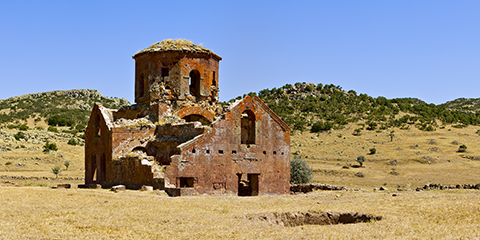 Although not far from Güzelyurt, but already in the province of Niğde, lies the Acıgöl. This is the crater lake of an extinct volcano, also known as Nar Gölü (= pomegranate lake). In the tuff of the crater rim there is an old cave settlement with cave churches. 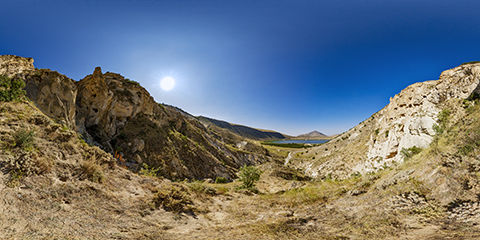 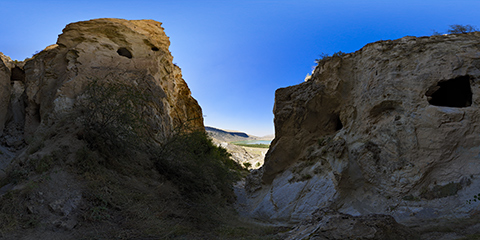