» UNESCO World Heritage Cappadocia - a Documentation with Panoramic Photography (under construction) «
» The underlined links lead to many more panoramas ans single photograhps of Cappadocia. «
» More than 400 of them are spherical panoramas! «

Cappadocia is in its center an eroded landscape of volcanic tuffstone. Wind and weather created rocks in the funniest shapes. For thousands of years people were digging caves into the soft tuffstone and created a unique place. The caves are cool in summer, warm and dry in winter. Beside the famous Byzantine Cave churches there are also unique architectural remains of the former Armenian and Greek Orthodox population. Since 1985 parts of Cappadocia are a UNESCO World Heritage. The main emphasis of my work is on the endangered and less known places. 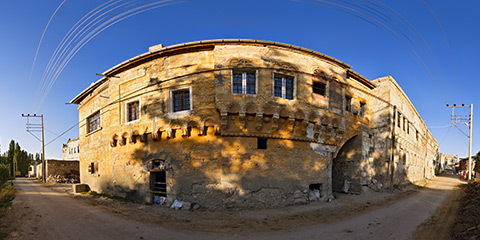 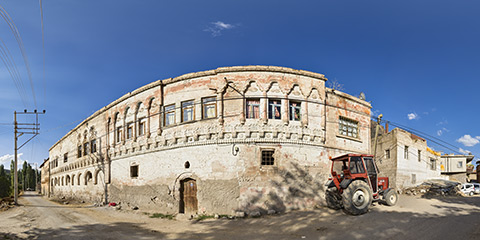 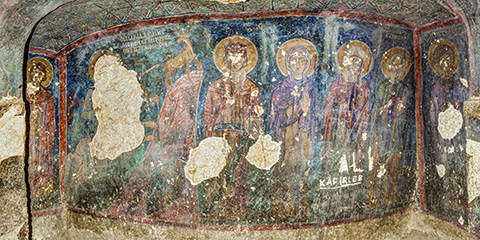 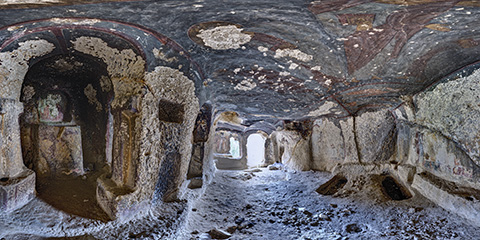 Uçhisar (Nevşehir) - on the top in the Heart of Cappadocia

link to the CAPPADOCIAN LANDSCAPES

link to the CAVES & CAVE CHURCHES

link to the VILLAGES IN CAPPADOCIA

link to the STONE CHURCHES IN CAPPADOCIA