The fact that Cappadocia was one of the first centres of Christianity can be easily understood in the open-air museum near Goereme. From here, the name of the village, which was called Avcilar in the 1980s, took its name. Since 1985, the cave churches with their colourful frescoes and the unique tuffrock landscape have been part of the UNESCO World Heritage. Today the village is the tourist centre of the region with many hotels and tourist offers.

The Yusuf Koç cave church was part of a monastery within several tuff rocks. The frescoes are dated to the 13th century. 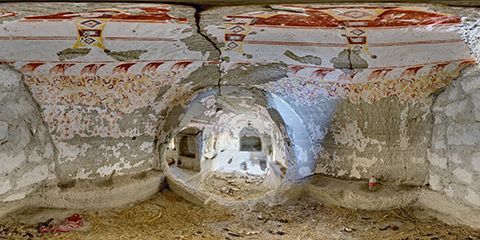 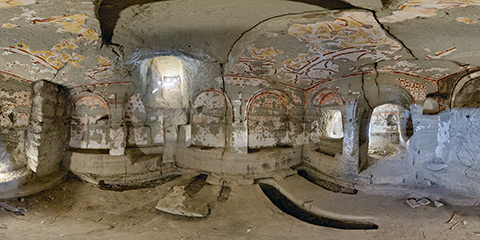 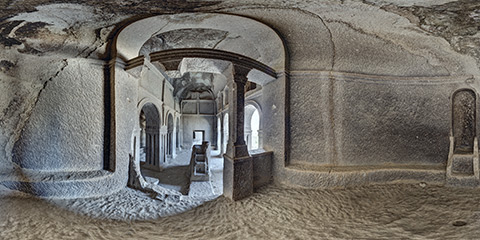 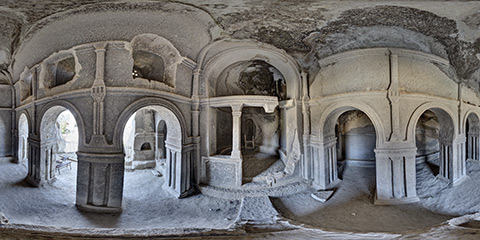 Landscape on the southeastern outskirts of Goereme 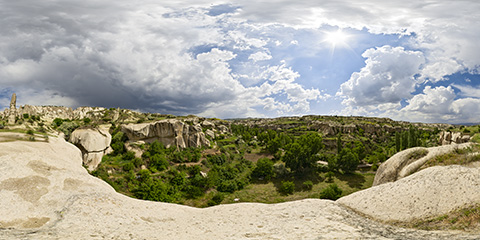 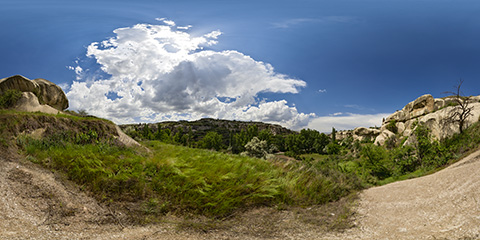 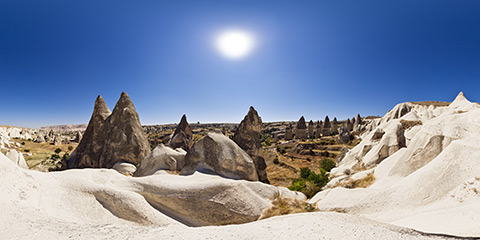 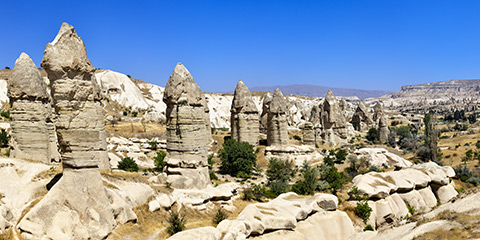 east of Goereme, near the open-air museum 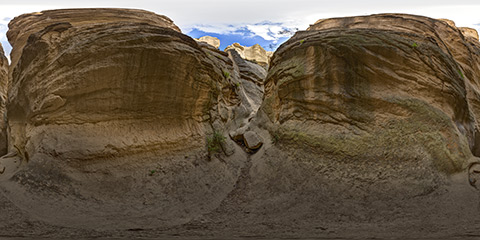 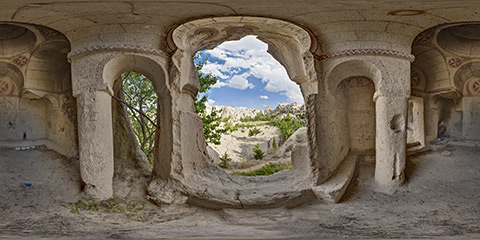