The Devrent Valley is home to a unique collection of bizarre tuffstone formations. The own imagination is provided with templates in an unimaginable variety; a work of millennia of erosion.
The photos were taken during several visits between 1998 and 2012.

As a symbol for the Devrent Valley, no rock stands more than this "camel". Located right next to the road, it can also be reached quickly by bus tourists who are short of time. However, the rock had to be fenced in a few years ago. Too many tried to climb it.

Coming from the north, one arrives after a curve at the "camel rock". On the other side of the road there is a bus parking lot and the inevitable souvenir stalls.

In the late afternoon the sun bathes the tuff landscape in golden light. 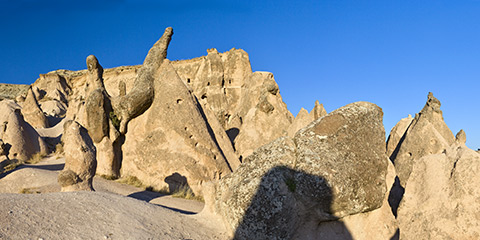 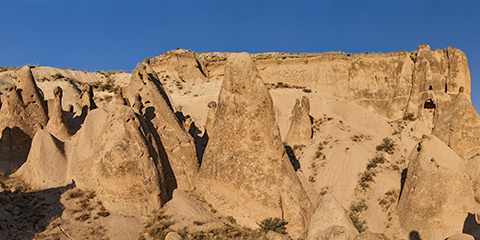 Two days earlier the sky was still yellowish cloudy after a sandstorm. Now the remains of dust in the air bring incredible colours. 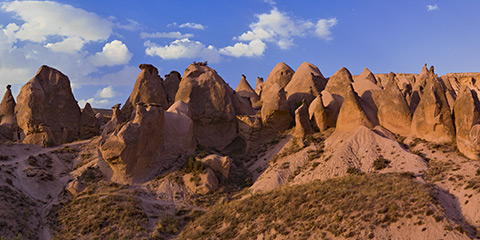 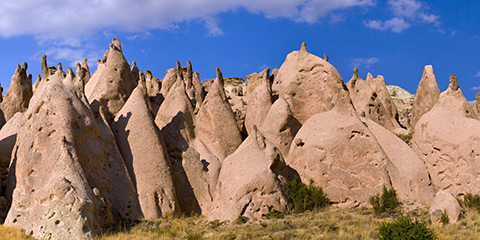 The portraits of individual rocks and rock groups inspire the game with your own imagination.